In early Chinese culture, Foot Binding was a sign of beauty and elegance. Foot Binding (or Golden Lotus) is rumored to have been started by a Chinese Prince’s sexual interest in one of his concubines small feet. He was said to have watched her dance on a pedestal of golden lotus. This story is where Golden Lotus gets it’s beauty and elegance connotation. After many years of this practice being a part of Chinese culture, Golden Lotus became a sort of right of passage for young Chinese girls into becoming a woman. Women bound their feet because it had connotation of high class, luxury, and grace. Men were sexually driven by the bound foot’s concealment. However, although to Chinese culture foot binding was a beautiful practice, westerners saw it to be ugly and shameful. After being confronted about the ugliness of the practice, many Chinese families discontinued the practice. Westerners only saw the ugly denotation of foot binding, instead of looking at the beauty connotation of the practice.

start from here: The image below is of a group of Chinese women with bound feet. Although bound feet were a sign for social class, clothing was also a sign of social class. In the photo the woman sitting in the middle is wearing a very fancy dress that is probably made of high quality fabric. She also has a flower or head accessory on her head, which shows that she is of middle or high class. Comparing this woman to the woman to her right, you can see that the woman on  the right has a dress that is probably of less quality fabric and is wearing pants instead of full dresses like the other women. Many times women of this dress were workers, prostitutes, or low class women. The shoes all the women are wearing however are small slippers of nice designs and patterns. In many photo of women with bound feet, they are seen sitting down. This is so that their feet can be seen because that’s how important the Golden Lotus was. The women’s dresses also are long enough to hide the small slippers, which goes back to the bound foot’s concealment aspect. 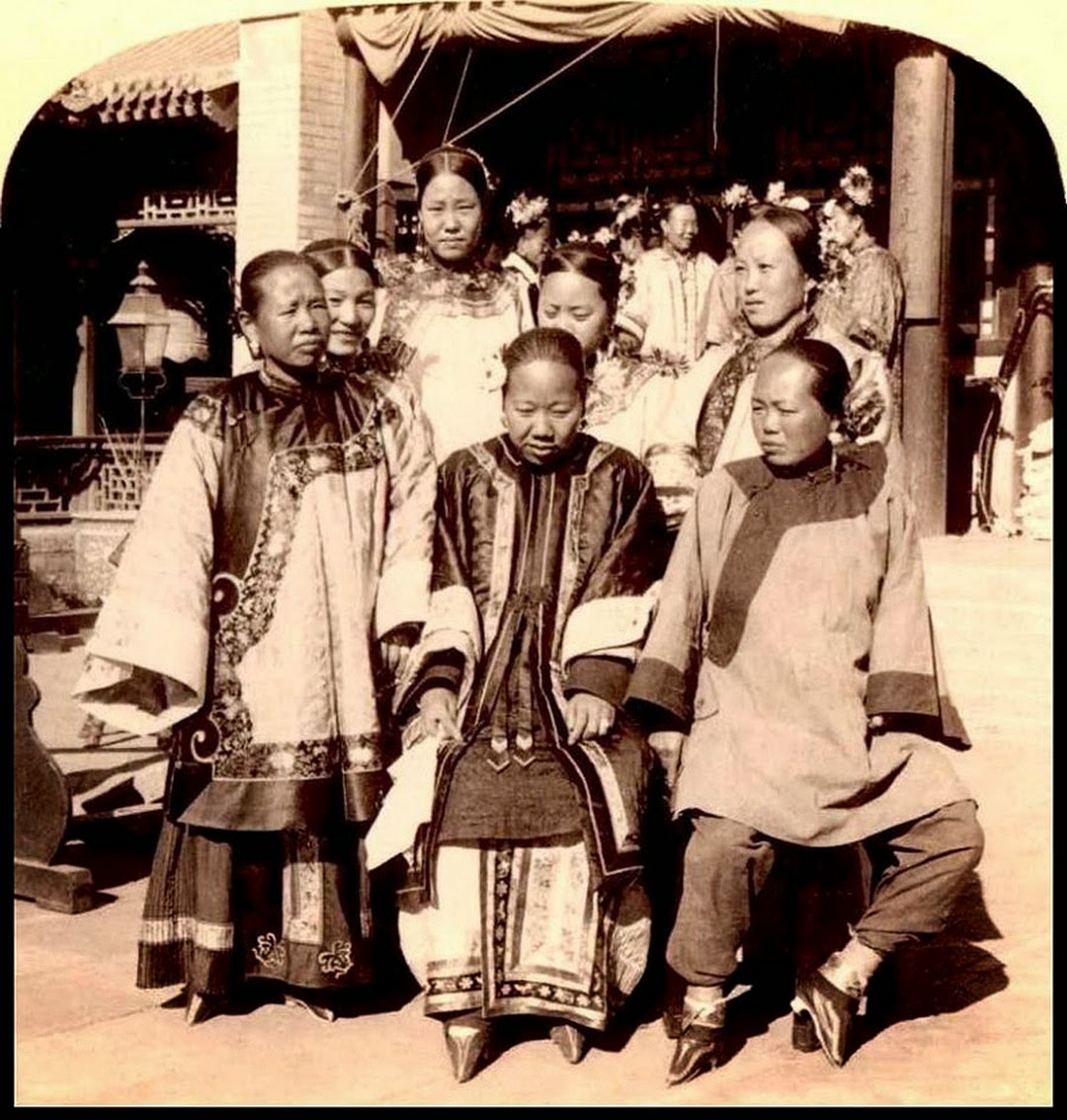