Urban schools are disproportionately affected by inequitable funding. Urban and impoverished school districts require more funding than suburban/wealthier districts. However, most states still do not have a funding system that factors in poverty and has a  geographically-based school funding system. This perpetuates funding inequity by keeping money within wealthy, suburban communities with already well-developed infrastructure. Urban school districts will often receive less funding per-pupil than their suburban counterparts, even when inner-city schools need more funding. These districts often lack the essential education resources for low-income students to succeed in school and are unable to address the challenges associated with serving poor communities, such as limited job opportunities and access to health services, violence, and homelessness. These conditions make the job of educating students more difficult and costly. 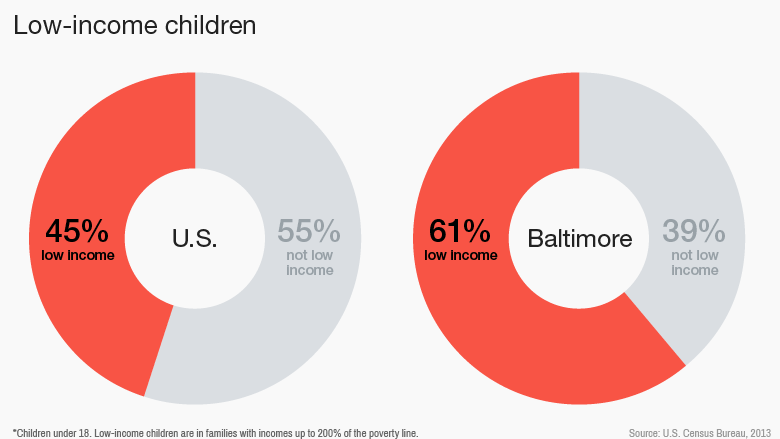 The issue of inequitable funding in the school system has been relevant in Baltimore since the late 1950s. Desegregation of schools led to “white flight,” where the wealthy, white families fled the city and settled in the surrounding suburbs. This left a void in the economy and the school system. The problem hasn’t gotten any better over the years, but there is hope for a truly equitable funding system in Maryland. The Kirwan Commission was an initiative to research school funding reforms across the state of Maryland, focusing on assisting areas of concentrated poverty and pre-kindergarten education. After years of research and debate, the bill was finally passed in March of 2020. However, the COVID-19 pandemic prompted Governor Larry Hogan to veto the bill in May, citing that the economic hit from coronavirus would complicate funding. We cannot continue to sacrifice the education of our future generations. Not only the social benefits but also the economic benefits of a well-educated society outweigh any alternative. There is still an open dialogue regarding the Kirwan Commission and possible reimplementation in the future.